Based in Los Angeles.

Wish us all good. 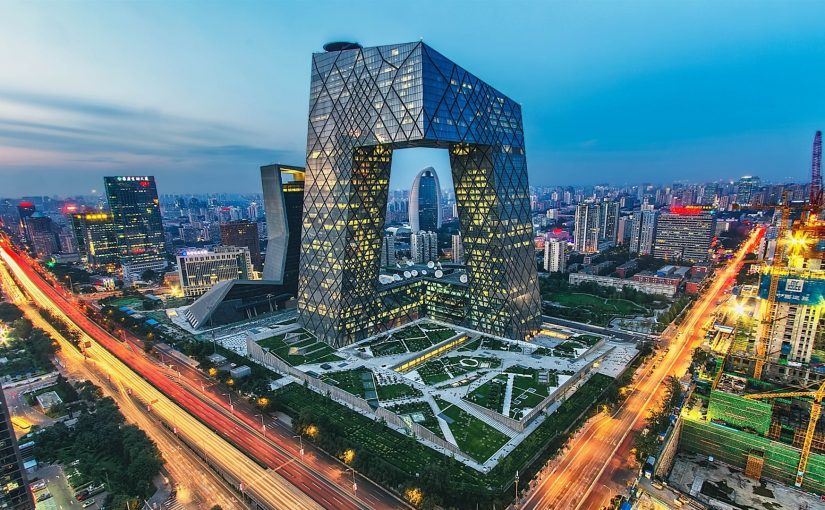 Deng Xiaoping is one of the greatest reformers in Chinese History. With more than two decades of planned economy and some mistakes in the political and economic policy, the economy of China nearly collapsed. In 1977, Deng decided to reform the economic system of China. From then on, the GDP and HDI of China skyrocketed for almost 40 years. Within this process, we gladly say that the system of China’s economy is moving towards inclusive, but there are some obstacles in this way and a lot of reasons shaped China’s system today. I want to express these from three aspects: good signs, bad signs, and comparison toward other countries.

Firstly, that’s talk about the better part. For the last 40 years, China made a lot of effort in transforming its political and economic system. For economic part, the idea of private property was introduced to China to replace communism, and the guarantee of private property is more and more reliable. The reform actually started with the reform in the countryside, where the peasants got their own land. The property right for city residents was also making progress. For example, the government can easily take residents’ land or houses with little compensation back to the 1990s, and the protest often ended up with casualty.  Now, the standard of compensation has been lifted up to a price higher than the market price, and no action will be performed unless officials have the consent of the owner of the property. The monopoly of the government industries was weakened: the department of oil, electricity, rail and postal service was abolished and replaced with several corporations. The stock of those corporations can be traded in the stock market, and there is some competition between those companies. Generally speaking, with the development of private economy and the open of different fields of economy towards western countries, China’s economic system made huge progress in the last 40 years, mainly in the protection of private property and the contracts. In the political system, there are also some improvements. Firstly, the government’s right was limited, and for the first time, people have the right to know about the government decision and express their own ideas. For example, in 2015, by protesting and strong opposing toward government, the citizen of Xiamen forced the government to change the location of a chemistry factory. The independent anti-corruption has a positive impact on the bureaucracy system. Compared to the economic system, the political system did change, but it is far from enough.

There are always problems with reform. The impact of the pre-socialism country is still inflecting China now. In fact, there are still a lot of relics of the extractive system in China now. Economically, the domination of government-funded corporations is still unshakeable. Almost all financial institution is public banks, and key industries, including transportation, mining, insurance, real estate, energy, and tobacco, are all controlled or partly controlled by the government. Also, in the developing area, the contract, especially those with governments, are not well protected. The competition system is still not reformed. Also, the most serious problem is that some of these public corporations still serve those upper classes with privilege, maybe political or economical, acting as their tool to extract people. Some of the officials gained millions of dollars from the public he was supposed to be responsible for, and all those people can only accept the fact. The development of private corporations is still managed by the government, and the restrictions sometimes prevent innovation from happening. Also, the transformation of the political system not very smooth. After the Tiananmen Protest in 1989, the CCP slowed down its political system reform, focusing on the economy. Until today, China is still an authoritarianism country with limited freedom of speech and democratic election. The whole political system, in its innermost, is still serving the elites. To sum up, we can say that China is in the balance right now.  The momentum of moving forward , by the unstoppable change from extractive economic system to inclusive system because of the wake up of the people, is balanced by the power from an extractive political system controlled by the elites in the government. Gladly we saw that the power of the extractive system is decaying, but it is still extremely powerful. In the process of moving toward an inclusive system, China had a hard time, and the future is still covered by dark. If China can make a smooth transformation towards inclusive political and economic systems, the Chinese economic miracle may continue.

Finally, since there is an axis about the location of China’s system in the world, I would like to explain the reason I put it there. China must have a relatively inclusive economic system to get the second-largest economy in the world, and the highly developed industries proved that. The technology development of China lead by innovation is rapid, and the open field of the Chinese economy is wider. For example, Tesla signed a contract with the Shanghai government to build one of its largest factories in Shanghai. Actually, China’s economic system is ranked pretty high. However, the political system is not that inclusive, which slows down China a lot. Consider both of these aspects, since China is moving toward the inclusive system, we can put China above South America, Africa, most of Asia, and behind the EU, Japan, the US, Canada, and other western counties. I think somewhere between Russia and South Korea will be a suitable place. China, like my hometown, is facing a great challenge right now. It has done a lot, but that’s not enough. In today’s China, the key to moving forward is determined by whether it can move forward to the inclusive system.